Looking back on a time when there was no Le fournil, Chef Pascale Tétreault was a much different individual than who you find in Fournil’s kitchen, covered in flour with a beer in her hand, joking with the fournil staff. If you ask Chef Tétreault about her education, you will find she is very fond of learning and has a wonderful education. Her schooling began with a General Arts Degree with a focus on Political Science, Communications and French Literature and this moved her toward a major in Linguistics. “When I was young I worked in IT from one end of the spectrum, teaching, to designing the first web servers in Canada, all the way to the other end as a technical architect and project manager for financial institutions on Bay Street. After that, I became a full time mom”. Her education and past are two things Chef Tétreault looks back on fondly and says that the things you learn with a good education and a degree are things you will take with you everywhere. Her time as a project manager, for example, is applied to running and starting Le Fournil. The bakery is the project.

It wasn’t until later in her life that Chef Tétreault realized her goals had changed. 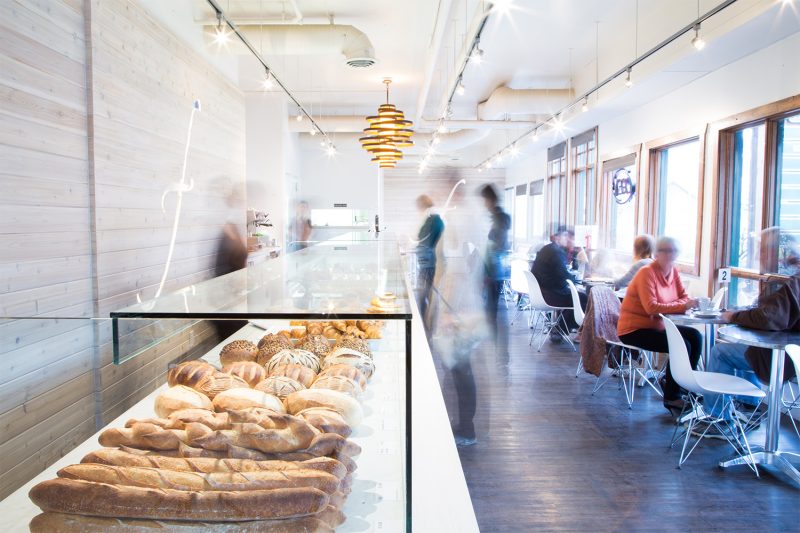 “The difference between a goal and a dream, a dream is intangible – it is not a concrete thing, it is a wish. A goal is tangible as a plan has measurable matrix. Le Fournil was not a dream, it was a goal. A dream would be to go sailing for 6 months to the Greek islands. The day that I decide something is a goal, then it will stop being a dream it will stop being intangible, and I will know what it is going to take. I never dreamt about Le Fournil, it was not a dream. When I decided I was going to do Le Fournil it was a goal.”

It was 2010, Chef Tétreault was 42 years old, when she decided Le fournil was a goal. Her and her then husband were on their honeymoon in Charlevois, Quebec. Chef Tétreault recollected that their time there was simply phenomenal. “Go see it!” she exclaimed, smiling at the memories playing in her head as she described the scene. They were staying at various inns, which boasted 5-7 course dinners, and the food was simply beautiful and amazing. To Chef Tétreault, it was the epitome of “La dolce vita”. Coming back from their honeymoon, Chef Tétreault said to her eldest sister, “That is what I should have done.” to which her sister replied “Oh no, you’re way too old!”. It wasn’t until later, when Chef Tétreault was separated, living in Canmore, and had no job in her field (Information Technology) and was missing the necessary experience to move up.

“And so, I said, to heck with it! I don’t care, I love walking into boulangeries and patisseries, and that is what I am going to do”.

“It was a revelation to me at the time because that field was something that helped me rediscover my love for food. My whole life my mother was one of THE best chefs that I had ever met. She would have the best food and spreads for our entire family and every dining experience was wonderful.” 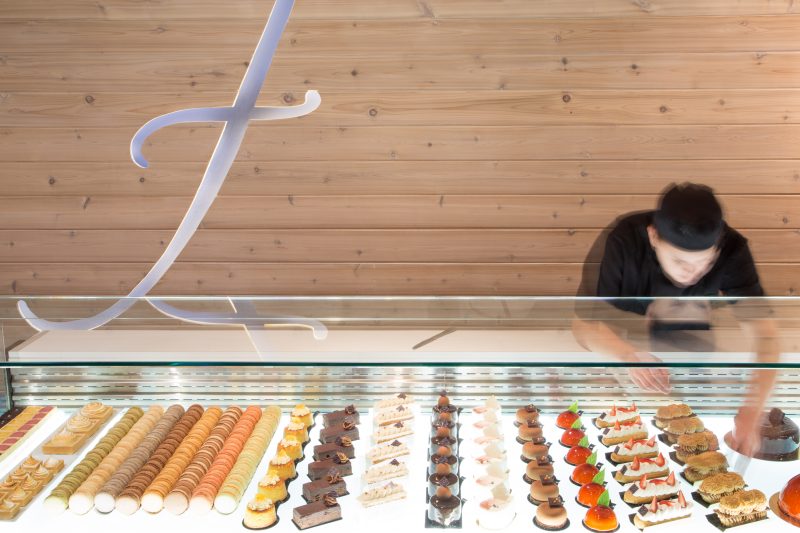 It was then that Chef Tétreault added to her education and went to San Francisco Baking Institute  to complete 2 months of schooling with six, one week classes and one weekend class. Cooking was always a large part of Chef Tétreault’s life: “I never took cooking lessons. We had what is lost today; you learn by osmosis. You watch from a young age and as you get older you help. When we turned sixteen, we became in charge of doing the grocery shop for the week. You had a list, and you were in charge of cooking one dinner per week”. Chef Tétreault’s eyes light up as she talks be through the elaborate dinners, and huge dessert tables her mother used to create for their family. She recounts the traditional ten foot long dessert table in such detail, I can definitely envision the grandiose chocolate eggs nestled in their delicate sponge sugar nests. The best part of the story? Her mother was a financial manager, not a chef.

When asked who she admires and why, Chef Tétreault points out that she does not admire just one person. “There are multiple people that are worthy of admiration at different times” she states. For example, she does not cite her best teacher; instead she remembers what they taught her and claims that each deserves their own merit.

Something you didn’t know about Chef Tétreault? She plays the piano. She played all the way up to University level and then stopped. She currently hasn’t played in a while, but you can see that we have gotten the wheels turning again. Something else that may shock you? Chef Tétreault had originally wanted to be a neurosurgeon. She laughs as she recounts watching surgeries and procedures on PBS when she was younger, which drove her to that career choice. It wasn’t meant to be as she struggled with attention disorder and found that science wasn’t for her. She laughs again at this comment and says “I have no idea how I finished my degrees”.

When Chef Tétreault is not working you can find her trying to master sous vide, likely with a glass of Côtes du Rhône wine close by. Although Le Fournil says different, she will likely be cooking something savoury and elaborate. “My children hate me for it in a way, they curse me, they tell me that ‘mama because of you we don’t like normal food, so now we have to eat the good stuff, and it’s because of you – it’s your fault mama!” she tells me, laughing and throwing up her hands. It’s no surprise that when Chef Tétreault is not cooking she is educating herself, and says that she has more goals up her sleeve. Unfortunately those goals are hush-hush, so we will have to settle for a hot cup of coffee paired with one of her delicious creations, and wait.